Self-catering apartments by the beach.. 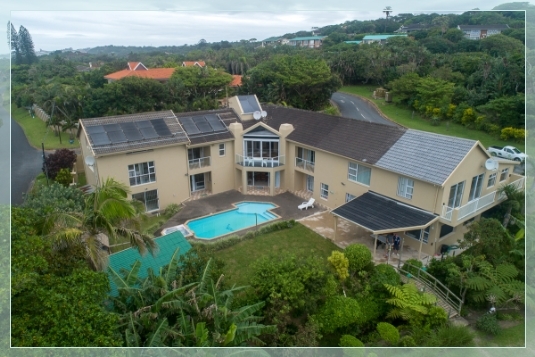 Ambleside is located in the lovely village of Umtentweni, 2km north of Port Shepstone. We offer guests four separate self-catering apartments, all overlooking a sparkling solar-heated pool with Jacuzzi and lovely garden with a stream running through it. Wake up to the sound of the waves crashing onto a deserted beach which is a minute walk away.

The flexibility of the four apartments allows us to accommodate a couple looking for a private retreat or a large family wanting a venue for a get together.
Costs are based on a family of 2 adults and 2 children per unit. Any more is an extra cost.
Music is not all allowed so if you want to party, Ambleside is NOT the place to be.

The solar-heated Jacuzzi is as hot as a bath tub if the sun is shining
The EAST WING is a three-story house built in April 2012 to the highest quality finishes. 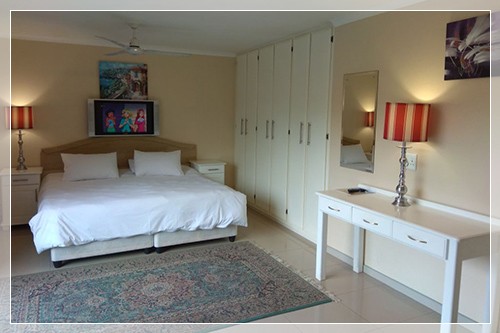 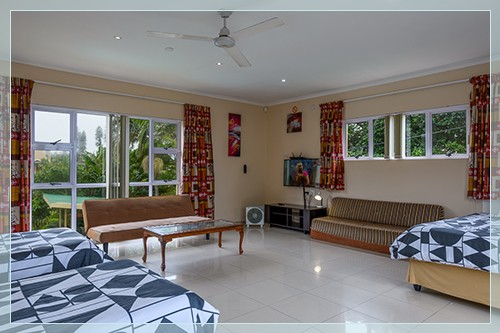 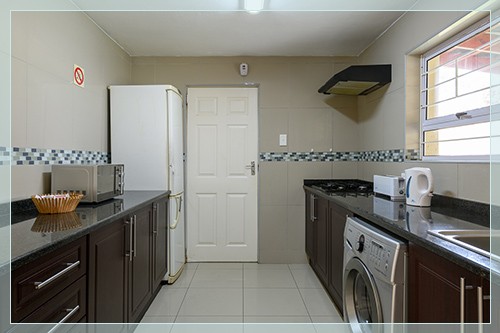 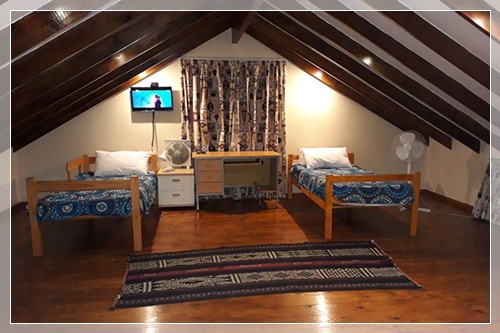 On the ground floor is the main bedroom with an en-suite toilet and wash basin and Open View tv. Also on the ground floor is the kitchen which has granite work surfaces, a large fridge / freezer and a fitted gas hob. The downstairs bathroom has a large walk in shower.
The huge living room / second bedroom is on the first floor with a 40 inch full satellite TV.
The second floor is an attic bedroom that can be used a dormatory for the children. It also has its own TV.
The East Wing can accommodate up to 12 guests as long as they don't mind sharing a room. 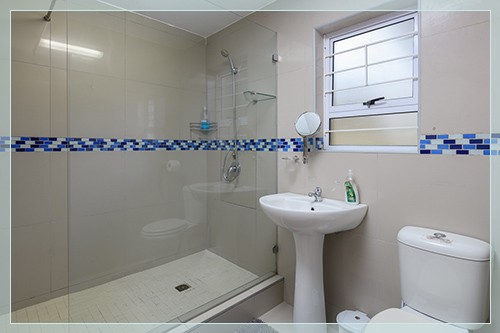 The SOUTH WING was completed in January 2015 and has superb finishes. It has its own garden and offers privacy for those wanting a quiet break.
It consists of two rooms; a studio apartment and a living room / second bedroom.
The South Wing has Open View TV (bring your own card and box for DSTV) and can accommodate five adults. Two sleepercouches will allow a family of up to seven people at an extra charge. 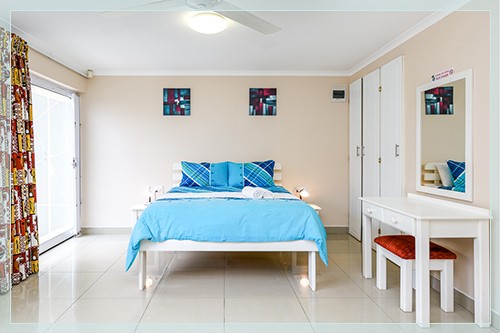 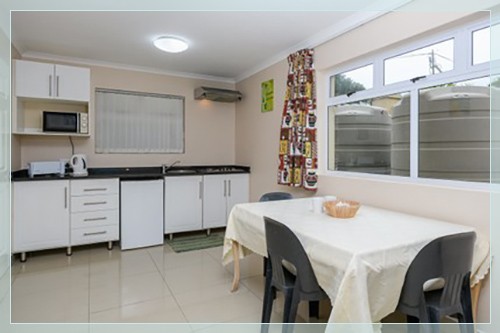 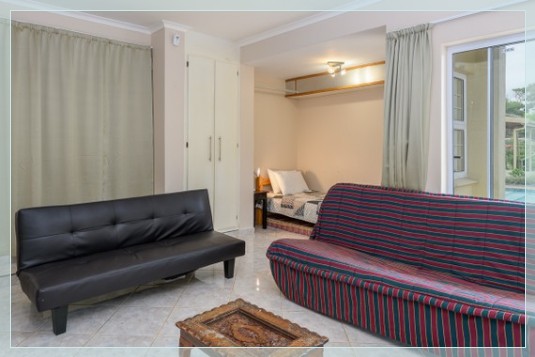 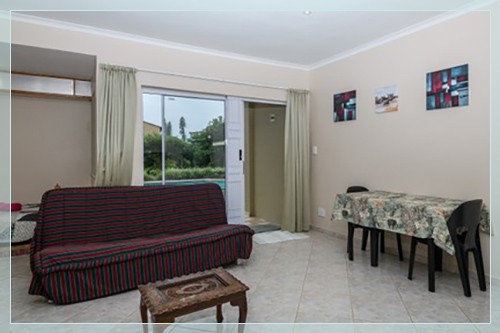 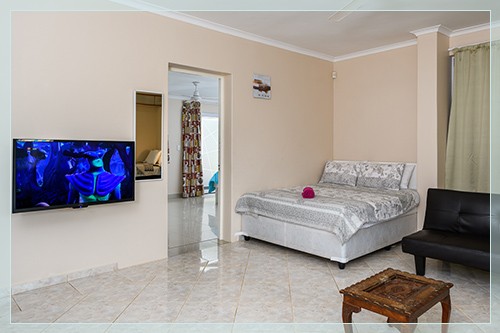 The NORTH WING is the original part of the house (all other apartments are recent extensions) and it has ceramic tiles (not porcelain). We have recently upgraded the kitchen with new cupboards and granite worksurfaces. The North Wing has a living room/kitchen, bathroom and two bedrooms (one big and one small). Ideally it can accommodate 4 people but two sleeper couches in the living room will also allow 2 more at an extra charge.
The North Wing has full satellite TV. 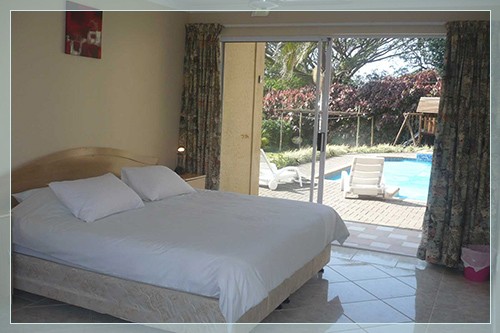 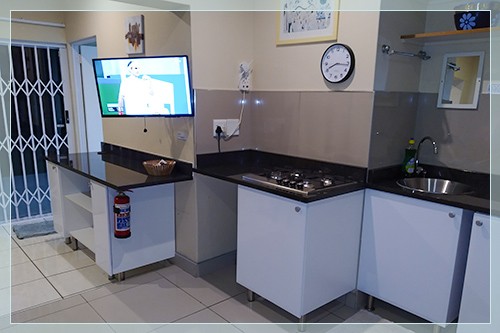 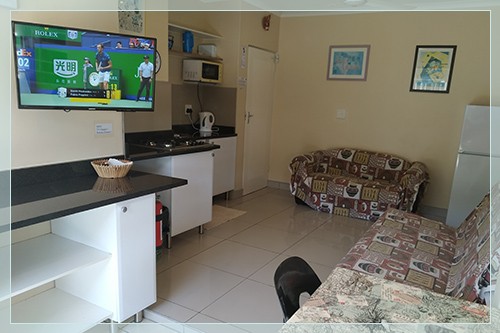 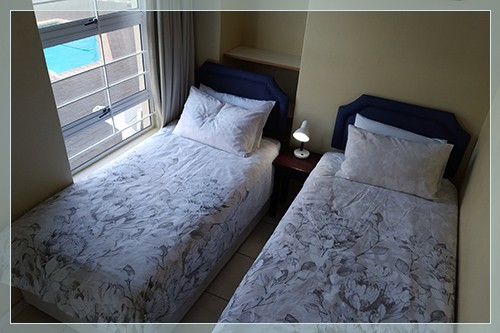 THE STUDIO was built in August 2016 and is the latest addition to Ambleside. It is a 40 square metre open plan apartment located away from the pool for privacy.
Ideally it is just for a couple but two sleepercouches will allow an extra two people to use the apartment. The finishes are top class with a granite kitchen and porcelain tiles.
The Studio has a 52 inch tv connected to Open View. Bring your own box and card for DSTV. 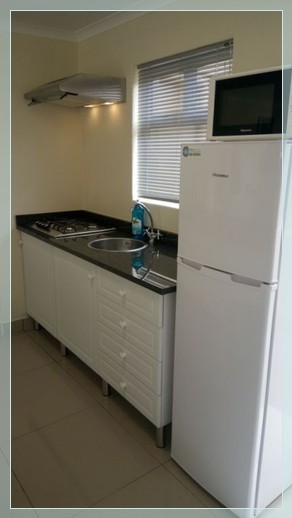 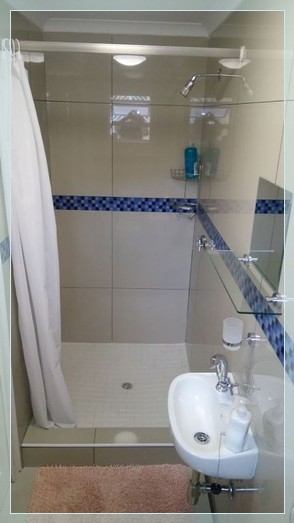